On Sunday, April 17, HEC held its Annual Membership Meeting.  HEC celebrated its 2015 successes and introduced some of what is planned for 2016, including: an announcement of the location of HEC’s 2016 Show House, Avoca; the election the 2016 Officers & Board of Directors; an opportunity for members to renew memberships; and a presentation from a Guest Speaker, Ms. Paulette Lutz of the Howard County Historical Society on the topic of the underground railroad in Howard County.   HEC also welcomed Howard County Council Member, Jon Weinstein, who represents part of Ellicott City, District 1, where Mt. Ida is located. Mr. Weinstein presented an Honorary Resolution to HEC in memory of Roland Bounds and his over 50 years of service to historic preservation, the Historic Ellicott City community and HEC as a Past President. 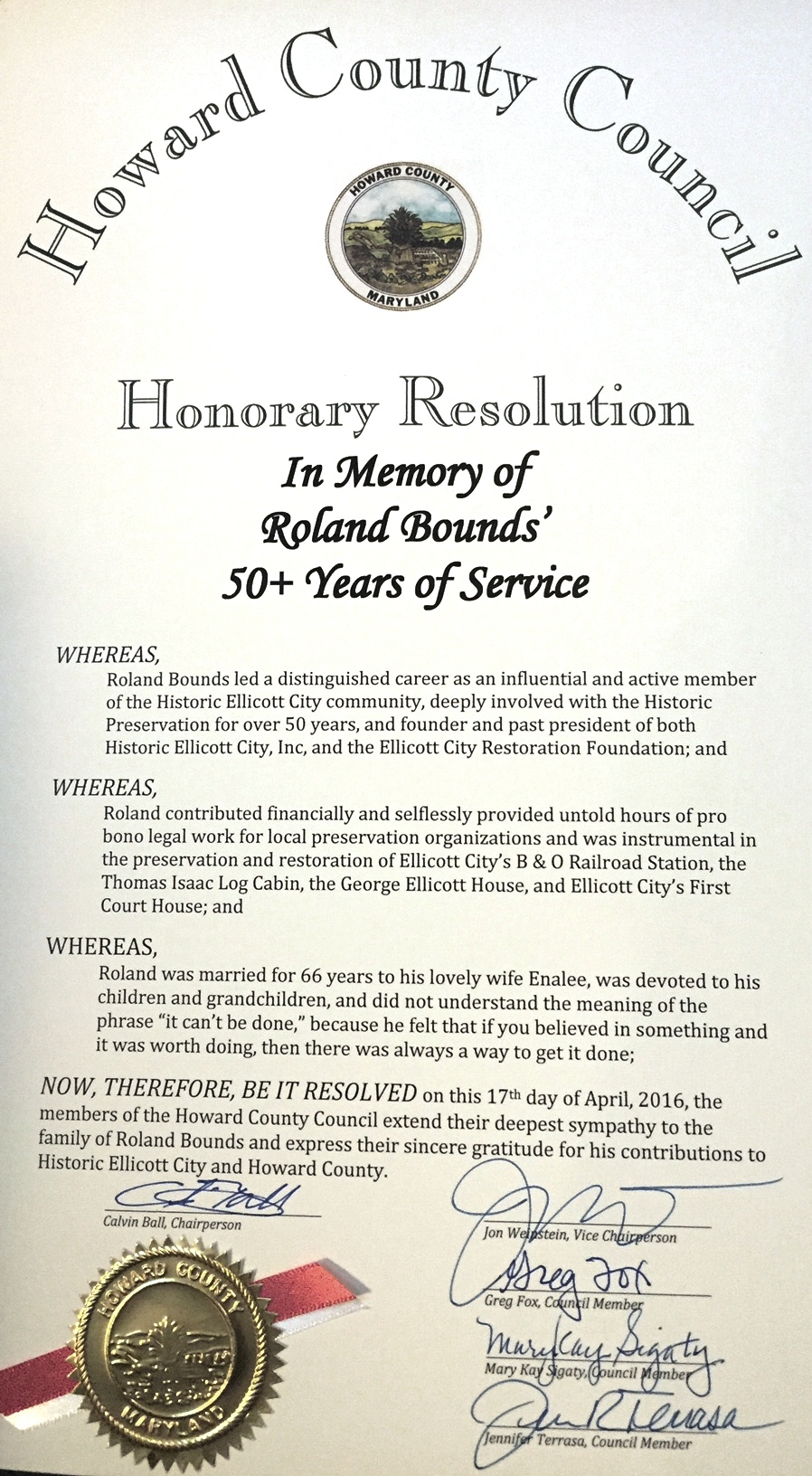